The Israeli people are one of the most ethnically diverse populations in the world today. Jews flocked to their ancestral homeland from all corners of the earth throughout the 20th and 21st century, in order to create the independent state of Israel in 1948. So, while many visitors might be familiar with a particular Jewish community at home, they are usually surprised to find that most Israelis are entirely different from what they might expect.

Israeli People From all Corners of the Globe

Just as we moved to the country and made it our home (Lisa from the UK and Bruce from the US), the Jewish homeland attracts new immigrants (called Olim litterally meaning ‘those who ascend’) to this day. They bring with them the cultural influences from home, and the result is a fascinating fusion of cultures and languages. As you move through the different areas, you’ll find the mood can change quickly. The major cities like Tel Aviv, Haifa, and some parts of Jerusalem, carry a distinctive western feel, while other areas strike travelers as exotic and other-worldly.

You’ll find native Israelis, or Sabras as they named themselves after the local cactus fruit (prickly on the surface, sweet on the inside), to be proud of their home and keen to interact with world travelers. Military service is mandatory – typically three years for men and two for women. 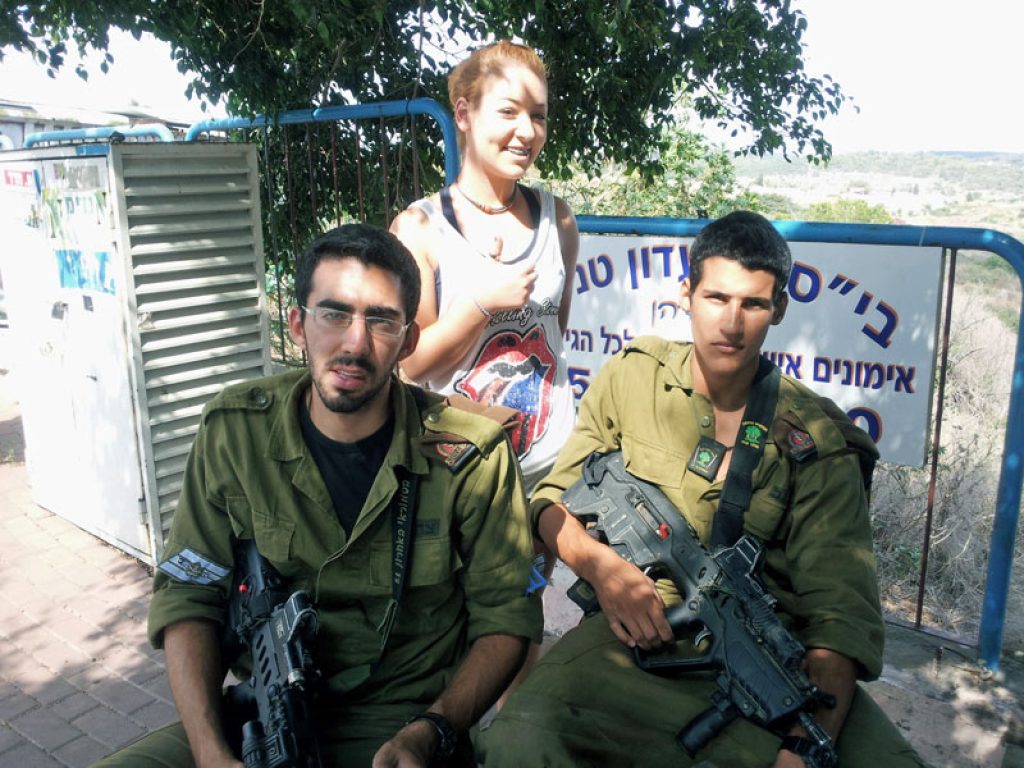 My daughter Ariella posing with two IDF combat soldiers. We were just at a local service station waiting for our car to be washed. It is quote common to find soldiers with the weapons strapped unto them mingling with civilians.

As you can imagine, the young country has changed dramatically over recent years. Cultural roots and family have always been deeply important to Israelis. Politics and world affairs are practically a national pastime. You’ll find the people’s temperament reflects the local Mediterranean climate – so don’t be alarmed when you discover how easy it is to get into a heated discussion. Everyone is very passionate, even when it comes to the best Hummus eatery !