A fascinating summation of the history of Israel from Charles Krauthammer – The Weekly Standard, May 11, 1998.

‘Israel is the very embodiment of Jewish continuity: It is the only nation on earth that inhabits the same land, bears the same name, speaks the same language, and worships the same G-d that it did 3,000 years ago. You dig the soil and you find pottery from Davidic times, coins from Bar Kokhba, and 2,000-year-old scrolls written in a script remarkably like the one that today advertises ice cream at the corner candy store.’

Though the State of Israel is the youngest on the planet (only 63 years old), the History of Israel is quite long and controversial. With a rich history dating back over 3000 years, Ancient Israel, beginning with the 17th Century BCE, all the way until modern times, has been the epicenter of historical discoveries to all people who visit or dwell in this magical land.

From personal experience, visiting historical sights in Israel feels like stepping back in time and “literally” walking through the Bible. In fact those were my wife Karen’s exact words. There are many resources, of course, if you want detailed and specific Historical time lines, but I will give you just the highlights:

Interesting Fact: The term Children of Israel (Bnei Yisrael in Hebrew) refers to the descendants of Jacob, who was named Israel after being physically challenged by the lord.

5th century – 63BCE: When temples are destroyed, they get rebuilt. Alexander the Great conquered the land and another temple is destroyed during the Maccabean revolt. Jewish autonomy and independence are sought, but eventually Jerusalem is captured by the Romans.

During this period, the Jews make their last stand at Masada. This is an amazing story.

A personal note, my great grandfather brought his family to Israel during the First Aliyah period in the late 1800’s and most of his descendants remain in Israel today.
Israeli History: The Modern Period 1948 – Present

The modern State of Israel is born on May 14, 1948, one day before the expiration of the British Mandate, however the celebration is short lived as Israel is invaded by all five of it’s Arab neighbors within one day (not exactly a warm welcoming to the neighborhood) and the first of many wars is declared.

The War of Independence lasts until July 1949 when Israel signs armistice agreements with Egypt, Jordan, Syria, and Lebanon, but Jerusalem remains divided until the Six Day War in 1967 (yes it only lasted 6 days). The 1973 Yom Kippur War followed as Egypt and Syria invaded Israel on the holiest Jewish Day of the Year (Yom Kippur). The young country of Israel retains their independence to this day but remains the center of constant conflict with their Syria and Lebanon (more specifically Hezbollah). In the 60 plus short years to follow, this young country has survived numerous attacks from its neighbors with the intent to destroy her, countless terrorist attacks within its borders, and continuous turmoil.

The History of Israel continues to be written as I write this page. This young beautiful country is advanced technologically far ahead of its years. At her disposal, Israel has an amazing combination of natural, physical, and technological capabilities to make it a global success now and in the futu 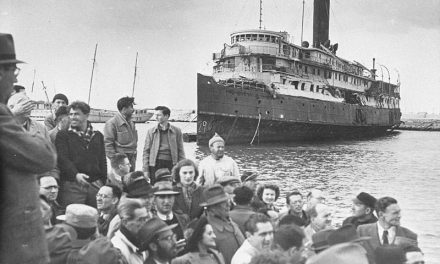